ArtNoble gallery is pleased to present, Frammentazione e unità (Fragmentation and unity), a solo exhibition by artist Alberto Selvestrel, which will include an anthology of old and new works.

Born in Piedmont in 1996, Alberto Selvestrel focuses his photographic research mainly on the anthropic landscape and its modifications, developing his personal style characterised by geometric and minimal compositions. In doing so, the artist condenses the maximum of his conceptual expression into the minimum of form, developing photographs that establish a link between the reality of the landscape and that which he imagines. Exploring the concept of landscape in a nostalgic way, Selvestrel’s works find fascination in the clarity of their content and an uncompromising attitude towards conceptual and minimal art.

In Frammentazione e unità, which takes inspiration from the title of David Bohm’s opening chapter ‘Universe. Mind. Matter”, the artist proposes to explore the contrast between the natural world and the human world.

From the moment we are born, we are immersed in a society where everything is about fragmentation and borders. The world is divided into different nations, regions, cities and countries. Different languages, cultures, codes. Countries are made up of houses where walls create boundaries between one family unit and another, specifically, between one being and another. Even in the same family. Even science, art and professions are moving towards an increasingly sectoral and specialised knowledge. Architecture is a language that particularly emphasises the phenomenon of fragmentation that involves our age. Through architecture, we have become accustomed to the idea of boundaries and find ourselves continually crossing gates, opening doors, moving between walls and buildings and dealing with private and public spaces. We have become accustomed to seeing the world as an organic whole of separate parts that perform different functions as in any mechanical body.

Photography, just like any other language, focuses on the detail, highlighting it and decontextualising it. This process of fragmentation reveals to the viewer an altered vision of the world as it offers a subjective point of view. Photography therefore lends itself very well to highlighting the phenomenon of fragmentation that is so deeply rooted in our time.

The photographs exhibited in the first part of Frammentazione e unità are composed of corners of walls that stratify the landscape and constantly refer to the natural world through glimpses of sea and sky. The individual parts of each work act like pieces of a mosaic that, when put together, convey the image of a world where architecture and nature seek a synthesis and a profound union.

In contrast, in the second part of the exhibition, the photographic works presented by the artist move in a different direction. The reflection shifts to the natural world and its behaviour. In nature, nothing is self-sufficient if taken individually, as each element is connected to all the others. As quoted by Jorge Luis Borges in his book ‘A History of Eternity’: ‘Individuals and things exist insofar as they participate in the species that includes them, which is their permanent reality. I am looking for the most fitting example: that of a bird. The habit of gathering in flocks, the small size, the identity of their appearance, their assiduous presence at two twilight times, at the beginning and end of the day, the fact that they frequent our hearing more than our sight: all this leads us to admit the primacy of the species and the almost perfect nullity of individuals’. If we observe the natural world with care, we can perceive a connection that comes from the depths, that permeates everything and is responsible for the changes we perceive. It is through this interconnectedness that the whole of existence finds its meaning.

William Blake in “The Marriage of Heaven and Hell” writes: “If the doors of perception were cleansed every thing would appear to man as it is, infinite. For man has closed himself up, till he sees all things thro’ narrow chinks of his cavern”. The final part of Selvestrel’s exhibition is inspired by this suggestion, where photographs of sea caves seem to open the door to a world where nothing is composed of parts but everything is permeated by a single light. 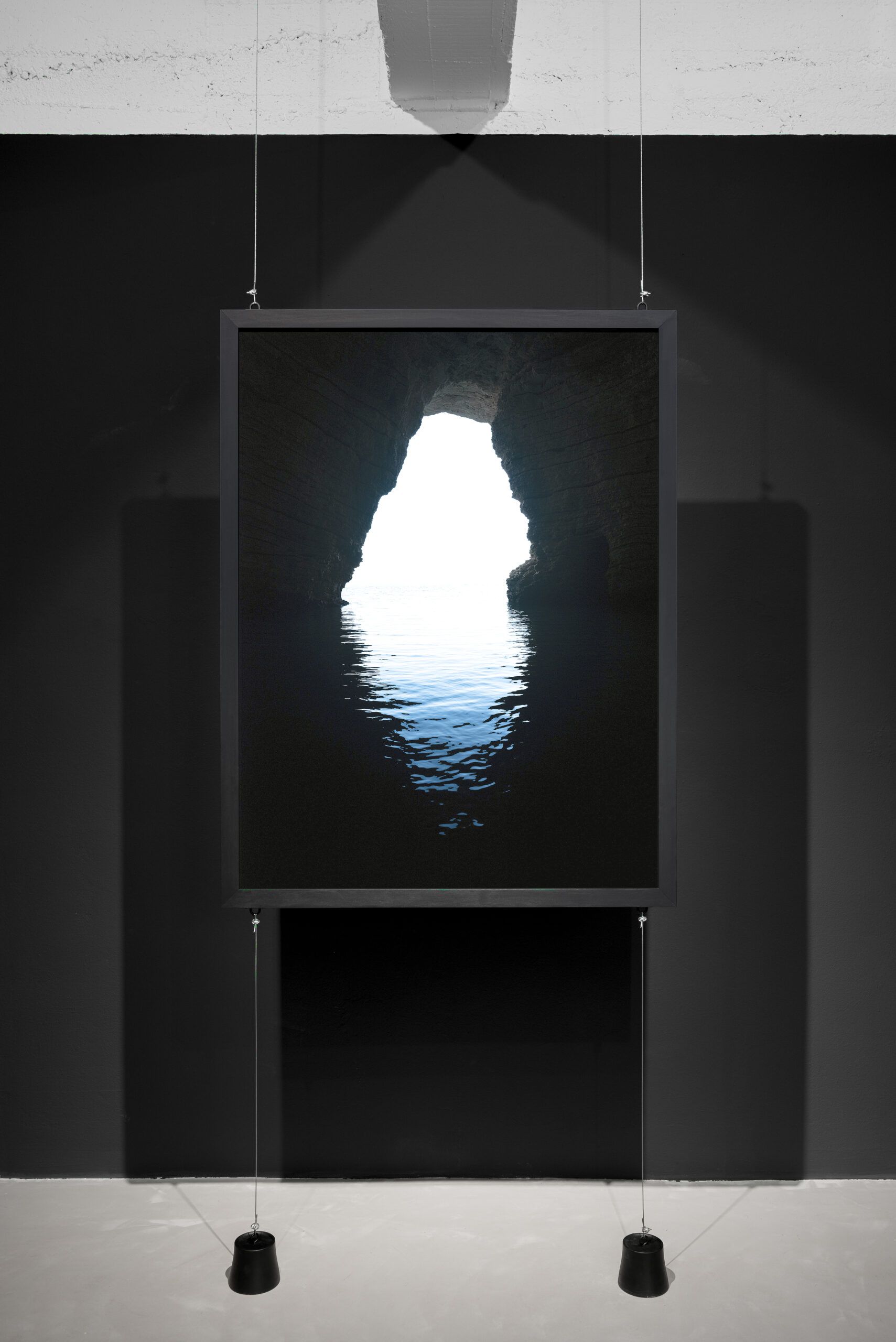 Stay up to date.

Subscribe to our newsletter to get the latest news about ArtNoble gallery.